Paul Harsley hailed the spirit of City U21s as they came from a goal down against Shrewsbury Town to reach the third round of the Leasing.Com Trophy with a penalty shoot-out victory.

The EDS trailed to a sensational Scott Golbourne strike, but remained on the front foot and after Tommy Doyle restored parity, Daniel Grimshaw saved from Golbourne to win 6-5 in the shoot-out.

Harsley was pleased his side’s efforts were rewarded with a deserved victory at Montgomery Waters Meadow, where our youngsters controlled the game against League One opposition.

“I like to think most people would have thought if there was one team in normal time that was going to win it, that it would have been us," he said.

“That’s from the spirit. Some of these lads have played together for a long time and we’ve worked a lot on creating that culture.

“It’s taken time, but hopefully we’re starting to see the shoots of that coming through.

“They’re good lads. I thought we did OK in the first half, but we had more.

“We’d seen what they had and nothing was really troubling us and I told the lads we could lift it another one or two gears.

“The longer the game went on, I think we did that.” 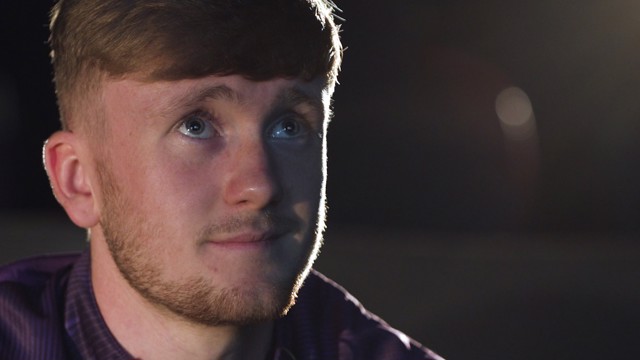 Harsley’s team will discover their third-round opponents on Thursday evening, with the last 16 clash offering them the chance to equal last season’s run to the quarter-finals.

The youngsters are three wins from a trip to Wembley Stadium, something no Academy side has managed since being invited into the competition in 2016/17.

Harsley says his players are under no illusions on the task ahead of them and while the familiarity of being drawn against another U21 side may seem an easier proposition, the boss would prefer to face Football League opponents in the next round.

“It’s just a joke, but we did it last year and it’s continued on. The lads know it’s hard.

“Hopefully we’ll come to another league club [in the next round] rather than an U21 team because this is what we’re in it for.

“We’ll play a game against an U21 team who have played Manchester City for six years and know the style of play and tactically they’ve probably started to work bits out.

“It [Football League opposition] offers something different and it’s all about getting these lads ready.”

Daniel Grimshaw was the hero as City progressed to the third round of the Leasing.Com Trophy after a penalty shoot-out victory over Shrewsbury Town.

Find out how it all unfolded in at Montgomery Waters Meadow.

Paul Harsley is hoping Manchester City U21s can catch Shrewsbury Town off guard to continue our run in the Leasing.Com Trophy.

Our EDS cohort travel to New Meadow for a second-round clash on Tuesday evening where we will come up against the 12th placed League One outfit.

Paul Harsley was pleased to see his players get their rewards for executing a game plan in City U19s must win UEFA Youth League clash with Shakhtar Donetsk.

The youngsters scored five with out reply to run out comfortable winners at the Academy Stadium.