City make just one change to the side that beat Burnley 4-1 in midweek.

READ: Where can I watch the Manchester derby?

How we line up…

"It's Man United; I respect what they've done for English football, European, and world football. United have huge history and their quality is always there but we must try to beat them.

"We play against a good team; we will try to follow the performances we've put in and try to win the game. You know my opinion on the title race."

SOUND OF THE CROWD: Pep expects a noisy Etihad

SOUND OF THE CROWD: Pep expects a noisy Etihad

Rodri will look to take a commanding display at Burnley into this game and look to dominate the middle of the park.

UWE ON THE DERBY: Malmo boss gives his view

The champions know that United are fast on the counter-attack and Pep Guardiola will be keen his team look after the ball and don’t give away possession cheaply.

Marcus Rashford is in a rich vein of form for United with nine goals in his last 10 games and attempting to starve the England forward of the ball will be key in keeping the Reds out this afternoon.

Expect City boss possession and United to sit deep and play on the counter-attack.

City's victory in last season's corresponding fixture was their first in four attempts at home to United in the Premier League.

This is the 149th top-flight Manchester derby and the 179th in all competitions. 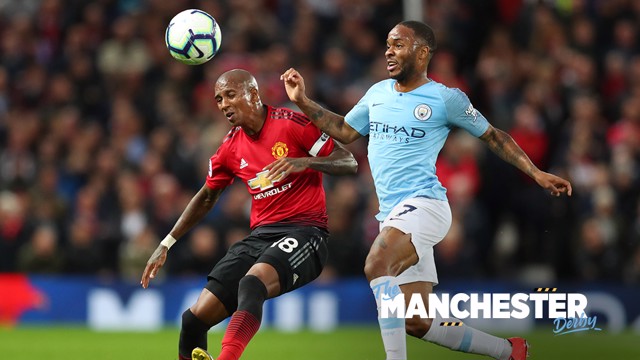 The 179th derby: Manchester is watching

City are looking for a first clean sheet in nine games this afternoon.

United have won just one of their last 11 away games.

The Reds haven’t kept a Premier League clean sheet away from home in their last 12 games – their worst run for 33 years.

If City win by a two-goal margin today, it will be the third successive time we’ve beaten United by two goals and the first time any team had achieved that feat against the Reds since Liverpool in 1978/79.

Mind games: Why the derby means so much

The Academy graduate grew up in a divided household in Stockport, where he followed in his mum’s footsteps as a City fan, whilst his brother and dad favoured the Reds.

City welcome Manchester United to the Etihad Stadium for the first derby of the season on Saturday evening.

Find out how you can watch the Manchester derby from wherever you are in the world.