The Premier League Champions complete our 2019/20 group stage campaign on Wednesday evening, having already clinched top spot and a place in the knock-out stages.

Pep: We must continue - there is much to play for: Pep Guardiola refused to criticise his players following the 2-1 defeat to Manchester United and says there is so much still to play for.

Saturday, December 7, 2019 8:33 PM
Pep: We must continue - there is much to play for: Pep Guardiola refused to criticise his players following the 2-1 defeat to Manchester United and says there is so much still to play for.

“Maybe (he will play more),” he said. “He can play – there are no doubts about that.

“He is ready; he will play Wednesday and is ready.

“I count all of them. I take decisions. I know how it works.

“No-one mentioned Phil after we won at Burnley!

“His time is coming and we will see in the next games.”

“In that moment, Angelino plays better than the other ones in this position,” he said. 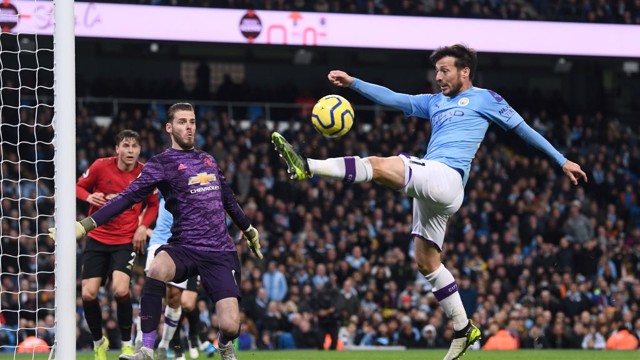 “After two years injured, you are not fit. He (Mendy) needs time.”

Asked whether he feels City need to rebuild in the upcoming transfer windows, Guardiola replied: “I like the team. We have little details we need to come back.

“It’s not just me – the Club needs to give an opinion as well.

“I like my players. This season, we cannot repeat the previous two – the results speak for themselves.

“The reality is: we are 14 points behind because of our mistakes and the quality of the opponent and things we can’t control.

“We have to continue. We have other competitions to play. Maybe this will help us in the future to be better. 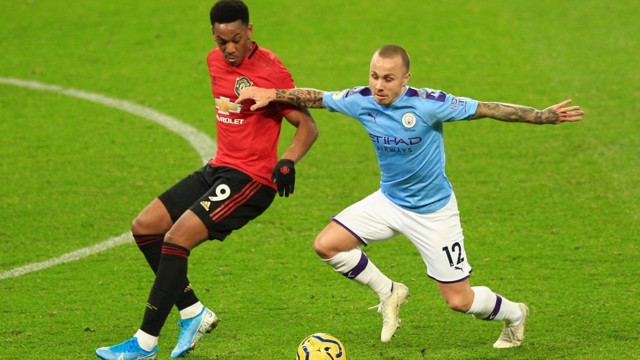 “We are not as consistent as the previous two seasons; that is the reality. The players are playing the way I want.

“You have to avoid counter-attacks and we are so good at that but this season, we have struggled a little bit.

“United were good and we conceded a few counter-attacks. United have quality to defend and counter. That is the quality of the teams we have to face.

“We have won a lot of Premier Leagues in the last decade but sometimes you have to accept it.

“When I see my team, all the games except 15 or 20 minutes against Chelsea, I like the team and how they play.

“Maybe we need to improve and accept the reality.”

Pep: We must continue - there is much to play for

Pep Guardiola refused to criticise his players following the 2-1 defeat to Manchester United and says there is so much still to play for.

Reaction from the boss...

Kyle Walker says City need to improve in both penalty areas after falling to a 2-1 defeat in the Manchester derby.

Reaction from the Etihad Stadium.

City’s hopes of retaining the Premier League took a further blow after a 2-1 home defeat to Manchester United.