The game kicks off at 17:30 BST on Saturday 23rd November at the Etihad Stadium.

It will be broadcast live on Sky Sports in the UK, and you can also follow all the action as it unfolds via our Matchday Centre on mancity.com or via Twitter: @ManCity.

Fans outside the UK can also check out our global TV listings courtesy of livesoccertv.com to see where they can tune in.

Ederson is back for City - but Leroy Sane and Aymeric Laporte remain sidelined until the New Year and Bernardo Silva is suspended.

For Chelsea, Callum Hudson-Odoi has a hamstring problem and is unlikely to be fit but Jorginho returns after suspension.

Christian Pulisic is back in training following a hip injury and could feature.

"Chelsea in the last many years have been an incredible top team.

"From the beginning (Frank Lampard's) team play really good. He is consistent in his ideas and the results are there. I don’t know him very well, but a little bit and got info of him here and he is an excellent person. Playing the way they play is perfect for English football.

"(Transfer embargo) maybe helped. But Chelsea have invested big on young players over a long period with Frank Arnesen and so on. 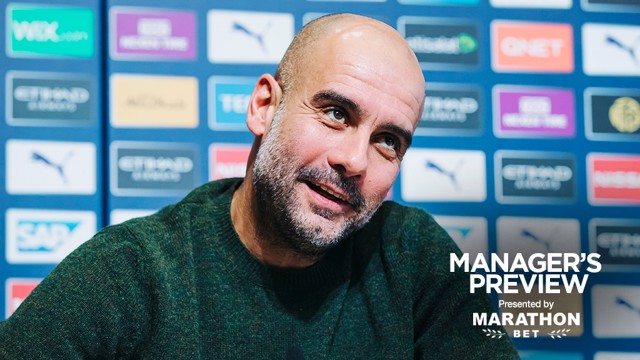 Manchester City picked up their first piece of silverware in our historic Fourmidables campaign with a penalty shootout win over Chelsea in the Carabao Cup final back in February.

The main talking point from the match, which had finished goalless, came from Chelsea goalkeeper Kepa refusing to be substituted by manager Mauricio Sarri.

But it was Raheem Sterling who had the final say, sweeping home the deciding spot-kick to earn us a 4-3 penalty win. 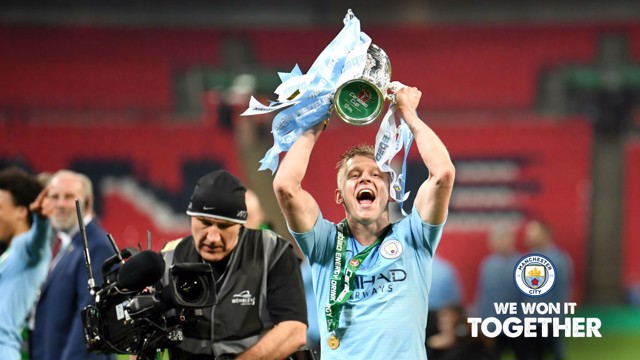 • Sergio Aguero has scored 10 Premier League goals against Chelsea, more than any other player in the competition. The Argentinian has netted eight goals in his last six outings against the Blues, including a hat-trick in a 6-0 win in the corresponding fixture last season.

• Tammy Abraham's tally of seven away goals is the best return by a Premier League player in 2019/20. It is equal to, or better than, 15 of the other 19 clubs in the division.

• Christian Pulisic, who has scored five goals in his last three Premier League matches, can become the first American to score in four consecutive appearances in the competition.

Media: City as big a threat as ever - Lampard

It’s the welcome return of matchday following the international break – and it's a big game too as City resume Premier League action at home to Chelsea this evening.

All the latest City-centric headlines from across this morning's back pages.

The Chelsea boss has impressed during his tenure at Stamford Bridge, making an instant impact in the Londoners’ upturn in fortunes.

Silva: 'We are calm and focused'

David Silva says City need to remain calm and not panic in the weeks and months ahead.