Here’s everything you need to know ahead of our Carabao Cup fourth round tie with the Saints...

The match kicks off at 19:45 BST on  Tuesday 29 October at the Etihad Stadium.

READ: 'Sergio brilliance should be cherished'

The match will not be broadcast live in the UK - but you can keep up to date with all the action in our matchday centre here on mancity.com or via our Twitter: @ManCity.

You can also catch the game in full on Man City for TV within 24 hours of the final whistle.

For those fans living outside the UK, you can find out where you can watch the game around the globe courtesy of livesoccertv.com.

Oleksandr Zinchenko and Rodrigo are sidelined for the next month.

Fernandinho, dismissed against Aston Villa,, is suspended for this game.

Ryan Bertrand, sent off against Leicester City in the Premier League,is suspended for this game

“It’s all about staying in a rhythm and obviously, we don’t want to go out of this competition.

“We want to stay involved in this cup for as long as possible and we will perform as well as we can against Southampton and that is our target.

“It’s up to the manager to choose 11 fit and ready players and then it’s all about us all doing our jobs.

“We have won our last three games since the international break and we want to keep that momentum going.” 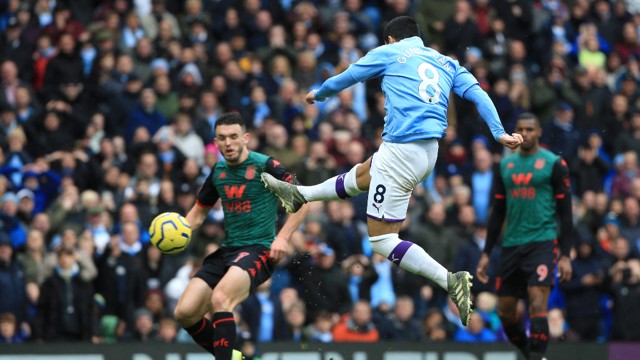 Sterling (2) and Aguero were also on the score-sheet in the meeting at the Etihad earlier in the 2018/19 campaign - a match the Blues won 6-1.

What TV channel is Man City v Southampton on?

Manchester City are back in Carabao Cup action this Tuesday with Southampton up next in Round Four.

Southampton visit the Etihad this evening as our bid to win three Carabao Cups in succession continues.

All the latest news and opinion from across this morning's back pages...