It’s a jam-packed edition of Media Watch this morning as Manchester City are linked with moves for two players.

According to James Ducker writing in the Telegraph, Athletic Bilbao defender Aymeric Laporte is set to sign for City on Tuesday.

The Frenchman is understood to be on the brink of completing his move after City officials agreed to meet his buy-out clause.

And Club representatives are also said to be in advanced talks with Shakhtar Donetsk over the signing of midfielder Fred.

However, Ducker says any move for the Brazilian would be finalised in the summer.

“Laporte is expected to complete the formalities of his move to City on Tuesday after Bilbao confirmed on Monday that his €65 million release clause had been triggered and the 23-year-old issued a farewell ­message to the Basque club,” writes Ducker.

“The deal will be a club record for City, eclipsing the £55 million fee they paid Wolfsburg for Belgium midfielder Kevin De Bruyne in 2015, and takes Guardiola’s outlay in fewer than two seasons in ­Manchester to £450 million, more than half of which has been spent on defenders.

“They are also in advanced talks with Shakhtar Donetsk over the £40 million-rated Brazil midfielder Fred, with a view to the 24-year-old joining the club at the start of the summer.”

Remember, mancity.com is the best place to get confirmation of any transfer activity happening here at the CFA. 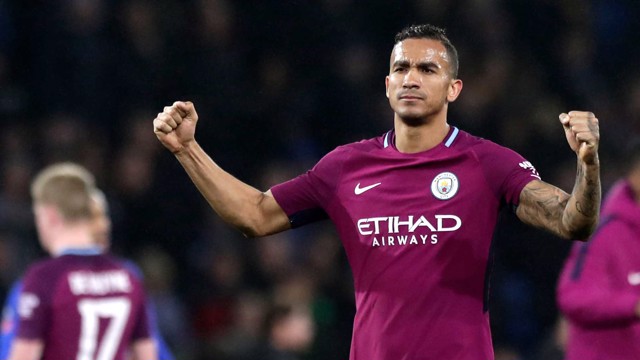 Meanwhile, talk of City signing Eden Hazard from Chelsea is speculative, according to Matt Law at the Telegraph.

City's reported interest in the winger emerged over the weekend but Law believes Chelsea would resist any advances from a Premier League rival.

“Chelsea will refuse any Manchester City bid for Eden Hazard – even if the Premier League leaders offer to break the world-record fee of £200 million,” Law writes.

“It emerged over the weekend that City, having missed out on Alexis Sánchez, are interested in Hazard and are ready to rival a summer bid from Real Madrid if the Belgian does not extend his contract.

“But while Chelsea may ultimately be powerless to stop Hazard joining Real if the Spaniards lodge a huge bid, they will not allow him to join English rivals for any amount of money. City are yet to make a bid.

“Chelsea still hope to convince Hazard to sign a new contract worth more than £300,000 a week, but they know he has always been interested in playing for Real.

“Hazard wants to weigh up his options, but it seems Chelsea’s stance will effectively leave him with the choice of staying put or waiting for Real to make a bid. Real have held a long-standing interest in Hazard and are expected to overhaul their squad in the summer.”

Leroy Sane suffered ankle ligament damage after a heavy challenge from Joe Bennett and now faces a period on the sidelines.

It was one of a number of hefty fouls dished out by the Cardiff players and Ogden says it was an approach indicative of a bygone era.

“Having already seen Leroy Sane sustain an ankle injury that forced the Germany winger out of the game in the first half, Guardiola then turned to the Main Stand of the Cardiff City Stadium and shook his head in bewilderment as the home supporters applauded Joe Bennett off the pitch after the defender had been shown a red card for a stoppage-time foul on Brahim Diaz.

“Bennett was the man who scythed down Sane shortly before half-time -- a tackle that earned a booking and prompted the German national team's official Twitter feed to call for Cardiff's players not to injure their international stars -- and the still footage of the challenge are the kind that should be accompanied by an X-rating. 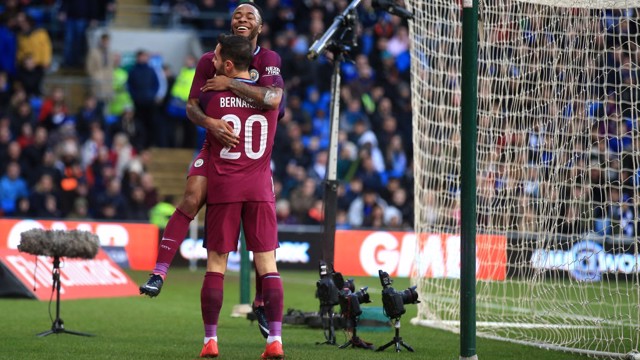 “All top teams must overcome physical intimidation at times to beat a more limited opponent, but Cardiff's approach in this game was a throwback to the bad old days when football was like the Wild West. Their approach seemed to be "if you can't beat them, kick them," and Sane and Diaz weren't the only players on the receiving end of some shocking challenges. Ilkay Gundogan, Fernandinho and Sergio Aguero were also targeted by opposing defenders; Guardiola marched onto the pitch at the end of the game to complain forcefully to referee Lee Mason about his failure to properly deal with the home team's rough-house tactics.”

That’s all for this morning’s roundup, Blues. Stay with us throughout the day as we build up to Wednesday’s Premier League game at home to West Brom.

City drawn away to Wigan in FA Cup 5th Round

City have been drawn away to League One leaders Wigan Athletic in the FA Cup 5th Round.

Five talking points to emerge from our 2-0 win at Cardiff...

Talking Points - but do you agree?