Derby talk, another slice of transfer gossip and a tribute to ‘big brother’ Raheem Sterling from a City youngster are the intriguing ingredients on offer in Friday’s media round-up.

Not surprisingly, the imminent arrival of the 179th Manchester derby dominates the headlines as City and United seek to claim the Manchester bragging rights.

"Playing with focus and cohesion at Old Trafford is an entirely different proposition to doing so at the Etihad.

"Bernardo Silva came into the side at Burnley and notably excelled, adding a grace and artistry that will surely trouble Brandon Williams, plus Gabriel Jesus’s brace proved he will be clinical when United concede chances in the penalty area.

"What’s more, the two Silvas and De Bruyne have enough individual talent to thread passes in between the Man Utd defence and settle a tight game with a moment of quality."

Stuart Brennan: "Since their first Premier League title season in 2011-12, the Blues have won ten of the 16 league derbies, an accurate reflection of their dominance in the city, and in English football.

"City’s recent form had Reds believing they could cause an upset at the Etihad Stadium – after all, if Norwich and Wolves could beat the Blues, why not United?

"One win in five for City fed that optimism – but events at Turf Moor have turned that on its head, and we noticed signs which might send a shudder down United spines.

"Burnley away looked like a tough ask for a team below its best, but City played it almost perfectly. 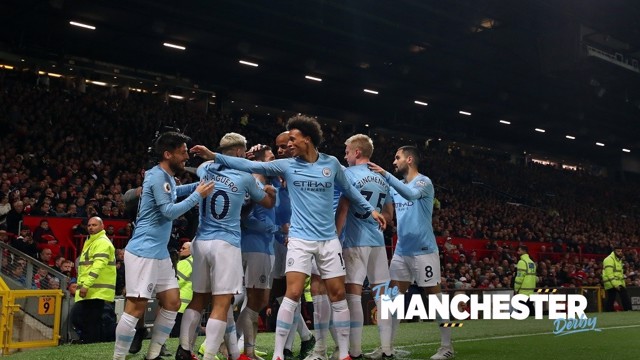 "They controlled the game from start to finish, perhaps for the first time – the Clarets simply could not get a toehold in the game from which to launch their plans to rough them up.

"The Blues had 76 per cent of the possession to completely stifle Burnley’s aggression.

"In last season’s derby, the Blues’ 44-pass Ilkay Gundogan goal caught the eye, and City go into Saturday in a similar mood."

"United goalkeeper David De Gea sees no reason why, with the likes of Rashford firing on all cylinders, that Ole Solkskjaer’s side cannot put another serious dent in the title challenge of the reigning Premier League champions.

"He said: “It’s (the 2-1 victory over Tottenham) a massive win for us and let’s see if we can keep this level and keep winning.

READ: When the Goat was fed by Neville

“It’s a special game against Man City, the derby. Let’s see if we can win there. It’s a tough game but if we show the same as we did tonight, we will have chances to win.”

"Salzburg striker Erling Braut Haaland could be available for as little as €20 million in the January transfer window, say reports.

"The Norwegian has caught the attention of some of European football’s biggest clubs after a superb start to the 2019/20 campaign in Austria and the Champions League.

"According to Bild, the 19-year-old has a release clause written into his contract that means he can leave Salzburg for just €20m.

"Haaland has scored 27 goals in 20 appearances this season in all competitions, including eight in the Champions League.

"Manchester United are interested in reuniting the teenager with Ole Gunnar Solskjaer, who he previously worked under at Norwegian side Molde. 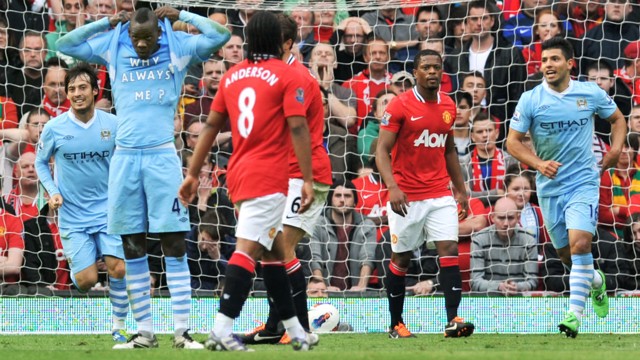 "However, the German outlet claims that Borussia Dortmund are currently leading the race to secure his signature in the mid-season transfer window.

"The list of suitors doesn’t end there, as Barcelona, Bayern Munich, Real Madrid, Juventus, Manchester City, Arsenal, Chelsea, Sevilla and Valencia have all been keeping tabs on the striker’s development."

Simon Bajkowski: Manchester City youngster Ian Carlo Poveda has revealed how he is learning from the example of Raheem Sterling.

"Raheem's like my big bro, I appreciate him a lot," he told M.E.N Sport.

"There's small advice he gives me in training sessions and it just shows that he cares and I appreciate it. Even if I don't tell him, I listen a lot and think it's true and then try to implement it in my games all the time.

"I'm glad that Raz helps me out a lot, it helps me all the time. It's tips on the pitch like positioning and runs and things to do. Off the pitch as well he gives me great advice because I'm a young player and there are certain things I haven't experienced yet but he helps me a lot and I appreciate that."

Feed the Goat and he will score.

Simple: give the ball to Shaun Goater and there was a very good chance the ball would hit the back of the net.

Paul Lake knows exactly what it takes to win a Manchester Derby...