The latest transfer rumours claim City are closing in on a Uruguayan midfielder, as we delve into the headlines making Monday’s back pages.

With the January window looming large, gossip is a central theme of today’s Media Watch, with one pundit also suggesting Pep Guardiola could swoop for a highly rated Premier League midfielder.

READ | Guardiola: Confidence not an issue

READ | When is the FA Cup third round draw?

And there’s more reaction from City’s draw at Newcastle, after which Kyle Walker issued a rallying cry in the dressing room.

Writes Stuart Brennan: “Manchester City are reported to be in negotiations to sign Uruguay Under-20 midfielder Nicolas De La Cruz, according to reports.

“The 22-year-old midfielder has impressed for River Plate in Argentina this season, with Spanish outlet Marca saying Pep Guardiola is now keen to bring him to the Etihad.

“De La Cruz is said to have had contact with City representatives and talks are reported to be at an advanced stage.

“His buy-out clause at River Plate is set at €22million but City are said to be willing to pay €25million to get the deal over the line.” 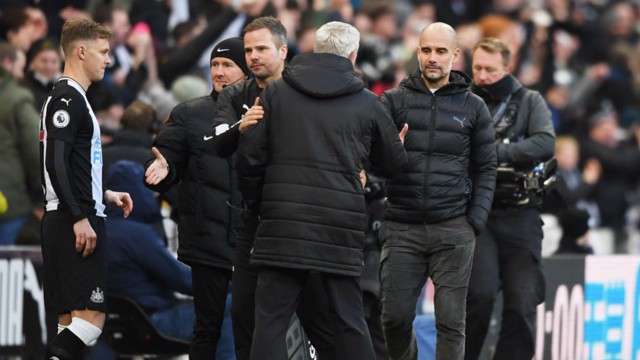 Robbie Savage: “Aston Villa what are they going to achieve? Staying in the Premier League.

“If they achieve that it is going to be a great season for them, they are not winning a cup.

“I have just said in there - ‘I look at you guys, you are my family'. I see the lads on the bus more than I see my own kids.

“We are going to experience ups and downs throughout our playing careers together at Manchester City. Fortunately up to now it has been plain sailing.

“We have gone on and done what we have done. We are only human.

“We don't go on to the pitch expecting to draw or lose but there are going to be mistakes in games. Some things will cost you games.

“But now I feel we have got to pull together as a squad and get the belief going again and make sure we do go on a run to put some pressure on the people above us.”

Pep Guardiola does not believe Manchester City are suffering from a lack of confidence.

The boss reacts to our 2-2 with Newcastle United.

When is the FA Cup third round draw?

Manchester City will soon learn our FA Cup third round fate as we prepare to defend the famous old trophy.

Find out on what day and at what time the draw will take place.

Here's everything you need to know ahead of City's Premier League game at Burnley.

Essential information ahead of our trip to Turf Moor...