City face Newcastle United this afternoon in the day's early kick-off at St James' Park and there's plenty of pre-match chatter in this morning's press about that one.

But before we come to today's game, there's some fresh transfer gossip flying around...

Ollie Lewis writes: “Manchester City are lining up a move for Nicolas de la Cruz as the River Plate star continues to excel for the Argentinian side.

“22-year-old Uruguayan midfielder de la Cruz endured a rocky start to life with River last season but his performances have taken a turn for the better, leading to interest from Europe.

“According to Marca, the Premier League champions have been monitoring the playmaker, and are believed to be looking to table a bid of around £25million to secure his services in January.

“De la Cruz has been in fine form this season for River Plate, scoring four and providing the same number of assists in nine Superliga games.”

READ: Where can I watch Newcastle v City?

Newcastle manager Steve Bruce said: "They’re as good as you get.

"We’ll have to defend well and take our chances but we’ve done OK against some of the big teams this season. Let’s hope we can again."

"They’re as good as you get.

"We’ll have to defend well and take our chances but we’ve done OK against some of the big teams this season. Let’s hope we can again." 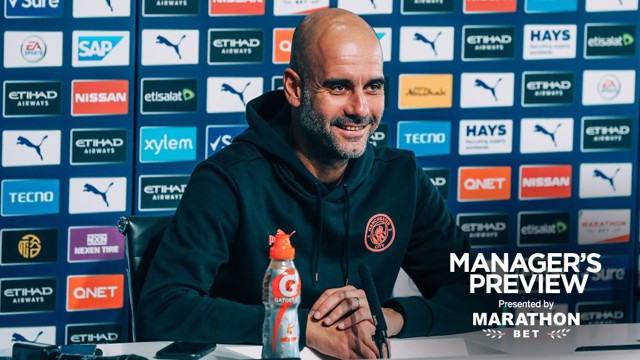 Mark Lawrenson writes: “Newcastle have done fine under Steve Bruce but Manchester City need the points for the title race and I expect them to go all out to get them.

That's all for this morning's Media Watch - but stay with us throughout the day as we bring you LIVE minute-by-minute updates from St James' Park via our Matchday Centre.

Rodri says City must leave St James’ Park with three points on Saturday – but is expecting a stiff battle against Newcastle United.

Pep: 'Managing these players is a dream come true'

The Blues boss, speaking ahead of Saturday’s trip to Newcastle, responded to a question of whether he imagined he would settle so well into Manchester life.

More from the boss ahead of Saturday's trip to Newcastle...

Gallery: Having the Tyne of their lives!
Next Fixture All Fixtures