A tough run of three straight defeats which saw City suffer a Continental Cup derby loss to United, be edged out in the league at Arsenal and suffer a narrow Champions League exit at the hands of Atletico Madrid, made for a testing seven days in mid-autumn.

Rather than allow those setbacks to derail them however, Nick Cushing’s squad dug deep and have since delivered the perfect riposte, putting together five straight wins across the league and Continental Cup.

And that fine run of form has served as the ideal backdrop to this Sunday’s keenly anticipated FA Women’s Super League trip to third-placed Chelsea who lie one place and two points behind joint leaders City, albeit with a game in hand.

“It was a tough week, but I think at the same time there wasn’t a lot of panic around us,” Scott reflected.

“Obviously, we were devastated to get knocked out of the Champions League, but in the grand scheme of things we’re still in the Continental Cup and we’re also still in it for the league.

“Although we were gutted about the Champions League it wasn’t as disastrous as people were making out.

“We looked at what was happening on the pitch and knew we weren’t creating enough chances.

“And I think you’ve seen by our recent games, that we’re now creating more and that’s down to work on the training pitch.” 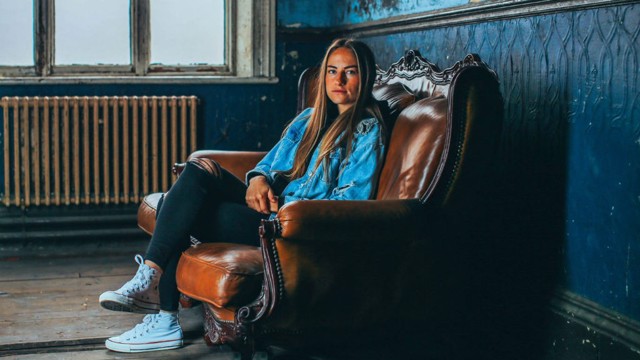 One of the features of that fine run of form has been a new look to City’s right flank with Janine Beckie being deployed at right back following the long-term injury to Aoife Mannion and Scott also operating on the right hand side further ahead up the field.

Though still in its infancy, the vastly experienced England international says she and Beckie have both revelled in the revised set-up.

“It’s been good,” Scott added. “We’ve been talking to each other to make sure we’re on the same page and obviously Janine has been contributing a lot with assists going the other way, so I think it’s working alright.

“It’s a bit of a makeshift partnership, but one thing we can both rely on is that we’re both willing to put a shift in for the team.

“I think we’ve done OK so far, we’re just trying to stifle people’s play down that side.

“I’m enjoying it, to be honest, and if the team is winning, I am happy to play my part.”

View CityNow - all our social media in one place

You sink or you swim – and in some case, you even make waves.