The midfielder made her league debut against her former Club at the Academy Stadium, playing just over an hour in her first start since a knee injury, as Gemma Bonner’s goal stretched our unbeaten run to five in all competitions.

City enjoyed near total domination in the first half, but failed to build on the defender’s goal and were forced to weather the storm when Liverpool came on strong in the closing stages.

It made what many expected to be a routine win far less comfortable, but Coombs believes it was a valuable experience ahead of Sunday’s trip to Kingsmeadow.

“It was a very different game to what we’ve had in the last few weeks, where we’ve got into our stride,” she said.

“Liverpool made it really difficult for us, especially in the second half when we were hanging on a bit at the end. But it was a good win for us.

“We really had to work for it and defend for our lives a bit at the end.

“Maybe we’ve cruised a little the last couple of weeks, but this really gave us a test and that will be more like what we’re going to face next week, in terms of having to defend at periods because it’s not all going to go our way.” 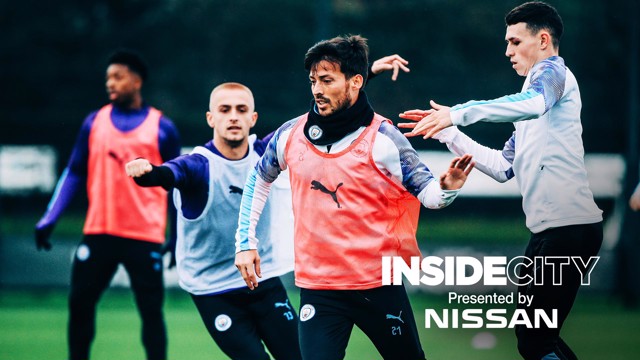 The win keeps City second behind Arsenal on goal difference in the FA WSL table, with Sunday’s opponents Chelsea two points back after their game against Everton was postponed this weekend.

Such has been the trio’s dominance in recent years, any clash between them is often billed as a potential title decider, no matter how early in the fixture calendar it falls.

Nick Cushing has stressed the need for consistency against the rest of the league and while Coombs agrees, she says it’s vital City get a result against Emma Hayes’ side.

“It’s a different opponent, with different strengths but we’ll have to be equally as on it.

“These games, they do tend to have a big say on who wins at the end of the year. It’s really important for us that we go there and get something from that game.”

Pep Guardiola: Confidence not an issue

When is the FA Cup third round draw?

Sunday, December 1, 2019 6:24 PM
When is the FA Cup third round draw?
Cushing aiming for consistency

Gemma Bonner scored against her former club to give City a hard-fought 1-0 win over a stubborn Liverpool side at the Academy Stadium.

Find out how it all unfolded at the Academy Stadium.

Nick Cushing emphasised the importance of every single point in City’s quest for the FA Women’s Super League title.