Lauren Hemp believes her experiences over the past 12 months stand her in good stead to make a splash on the big stage.

The 19-year-old, who joined Nick Cushing's side in the summer of 2018, is pushing for a start, as City return to action with a crunch clash trip to Chelsea in the FA Women’s Super League on Sunday, looking to make a statement in the title push, as two of the top three go head-to-head.

Cushing aiming for consistency : Nick Cushing says consistency will be key for Manchester City in the FA WSL title race after his side beat Liverpool 1-0 at the Academy Stadium.

Sunday, December 1, 2019 5:00 PM
Cushing aiming for consistency : Nick Cushing says consistency will be key for Manchester City in the FA WSL title race after his side beat Liverpool 1-0 at the Academy Stadium.

READ: Scott | City all the stronger for blip

Having worked her way through the England ranks, helping the Young Lionesses to bronze medal success at the Under-20 World Cup, Hemp was rewarded for her efforts for both Club and country with her first senior cap in October 2019, after impressing on several training camps with Phil Neville’s side.

Although she has had to patiently wait her turn for regular appearances in City blue, Hemp acknowledges her positive progression and development, and insists she is raring to go when called upon – in any circumstance.

“Playing for England has given me a lot of confidence, especially getting lots of opportunities,” she declared.

“I went to the SheBelieves Cup in February as a training player and obviously, getting called up to the last couple of camps has been a massive honour for me.

“Wearing the England badge on my chest was massive. I get to play with some of the best people in the world day in, day out here at City and to play with them also at England gave me a bit of confidence as I know what type of players they are and it helped. 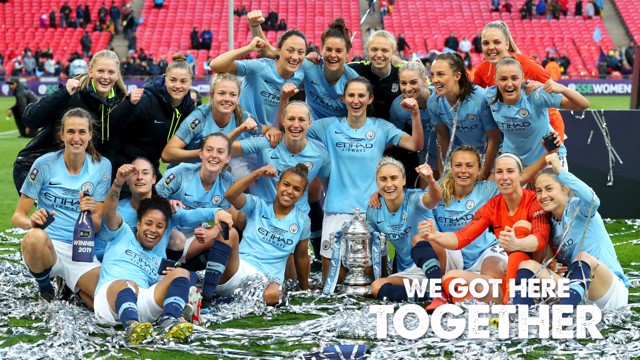 “There were also a lot of new players – some of the best in the country – and it was massive, getting to play and train with them. It’s made me a better player overall.

“I’m really excited for where it could lead. I’ve managed to get a couple of opportunities off the bench in some of the games – and the Wembley game was massive for me, playing on front of that crowd.

“They’ve been good experiences, which I can hopefully take with me this season with City.

“I just want to get into the City team and play week in, week out and hopefully, get noticed by Phil Neville. I managed to get an opportunity and didn’t turn back because I didn’t want to let it go.

“I worked hard and I’m really excited for the future.”

Chelsea v City: Enter Ellie Roebuck…: It is said that sometimes the best results are achieved when one is thrown in the deep end.

Wednesday, December 4, 2019 2:29 PM
Chelsea v City: Enter Ellie Roebuck…: It is said that sometimes the best results are achieved when one is thrown in the deep end.

One of the brightest young talents in the English game, Hemp has already clocked up 31 appearances for City, netting nine goals.

Admired for her pace, composure and wisdom despite her youth, the forward has been touted to reach the levels of Steph Houghton and Lucy Bronze.

Ever humble however, the teenager refuses to become carried away, trusting the process of her development.

“I think I need to keep playing with confidence and freedom like I have been doing,” she added.

“I need to keep learning and trying to improve as a player, listening to what my coaches and teammates are telling me.

“I have to keep working really hard and hopefully, more will come.

“Sunday’s game against Chelsea is a massive opportunity to make a statement – not just for me but for the rest of the squad.

“We’ve worked hard leading up to it and hopefully, we’ll get a good result.”

Scott: City all the stronger for blip

You sink or you swim – and in some case, you even make waves.